5 Weirdest People in the World . See the list of the five weirdest humans in the world

There were some such things among these people that were not seen in any common person and due to their different forms, these people earned a lot of name. Weirdest people in the World .
By Shradha Sharma Mon, 12 Apr 2021 There are many types of people in the world. Some look different, some think differently and some act differently. The world is full of different kinds of people. Today we will talk about some such people whom the world got shocked by seeing. There were some such things among these people that were not seen in any common person and due to their different forms, these people earned a lot of name. Weirdest people in the World .

Weirdest people in the world

Cathie Jung: The Shortest Woman in the World
People win many kinds of titles in the world. He also performs astonishing feats to win these titles. One such woman is Kathy Jung who set the record for the thinnest and smallest waist in the world. His waist is about 15 inches. 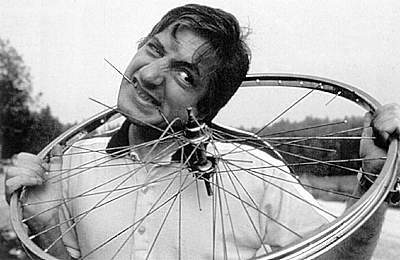 Michel Lotito: This human eats everything.
People are very fond of food. People go to eat at many places to fulfill their hobbies. But the person we are talking about is not a common buff. This man can eat almost everything. From iron, rubber, cars, bicycles to an airplane, this man has eaten. Despite this, there was no impact on his health and he is absolutely fine. Saduh Amar Bharati: This person did not put his hand down for years

This man named Sadhu Amar Birati raised his right hand in the air in 1973 and has not kept his hand down since then. It is believed that one day he woke up in the morning and thought that he would leave everything and worship Lord Shiva. Inspired by this, he raised his right hand in the air as a message of peace and never landed it down.
Bhagat
Nagpur that incident of this person is very strange. The talk of this person named Bhagat had a big stomach. On the night of 1999, Bhagat was rushed to the hospital after having a very bloated stomach where he came to know that he had a twin brother in his stomach who had not been born.